Many people get afraid just by listening to the word penile cancer as it sounds weird. However, it is rare and curing the problem is possible if diagnosed at an early stage. There are several treatments of this type of cancer, one includes circumcision surgery in adults i.e. removal of the foreskin on the penis.

What is Penile Cancer?

This cancer develops when the cells start growing abnormally to form a cluster called a tumor in the skin or tissue of the penis. This tumor can be of two types; malignant, which can spread to other parts of the body, or benign, which only grows but does not spread. About 2,100 men in the US suffer from penile cancer every year.

The Signs to Determine Penile Cancer

Men should take care and consult a doctor if the following signs start to appear, but at times, these signs only occur by ordinary infection.

The Causes of Penile Cancer

It is now time to know what causes penile cancer and increases the risk of having it in men.

How to Diagnose Penile Cancer?

A patient can be sure of whether they are suffering from penile cancer in two ways. The first may be a physical examination by the health specialist, who can initially tell you about the condition of your penis. Sometimes you will require extra tests to be very sure.

What are the Treatment Options?

The people who suffer from penile cancer can have several treatments options according to the intensity of the tumorous cells. At Circumcision Center, experts offer a number of treatments to their patients. Some of them are discussed below.

Penile cancer is not as dangerous as it seems if the diagnosis and treatment are done in time. You should have circumcision surgery before the age of 30, take good care of your hygiene, decrease the intake of tobacco either by chewing or by smoking and lastly, have HPV vaccines to lessen the risk of developing penile cancer.

If you will carefully read and understand what penile cancer is and how to prevent it then it will never come to having treatment at all. 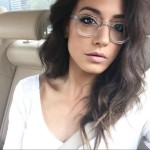 Andy Glibert is a passionate lifestyle writer possesses excellent writing skills and regularly writes on diverse niches like history, travel, wildlife, lifestyle, and technology. She is equally acquainted with producing high-quality digital marketing content that attracts the visitors and keeps them engaged.