Sneezing or sternutation is known as an involuntary-expulsion-of-air-from-the-nose. It is the way of our body to remove irritants such as pollen or dust from the nasal passages. Sneezes are often strong and occur suddenly. However, in many cases, sneezing is unable to happen, which makes you annoying, especially in those suffering from congested nose. Luckily, nine ways on how to make yourself sneeze in this article can help to stimulate our body to sneeze more easily.

When irritants or foreign things enter your nose, they will be trapped in the mucus in your nasal passages. Then, these particles will travel to your stomach. However, in some cases, they can irritate mucous membranes inside your nasal cavity and throat. The irritation can affect the trigeminal nerve to give a signal to your brain, triggering our body to sneeze.

As mentioned above, sneezing is the way of expelling irritating factors from your body (the respiratory tract) naturally. Allergens (pollen), viruses, or even trauma in your nose cause sneezing.  Other parts of the body that contribute to sneezing include the throat, the chest, the diaphragm muscles, and the stomach muscles. Below are nine common ways on how to make yourself sneeze.

9 Ways On How To Make Yourself Sneeze

Pluck out a nostril hair

It is one of the most common ways on how to make yourself sneeze. Tweeze a single nostril hair will irritate the trigeminal nerve to produce a sneeze. You should also be careful when plucking out because the skin in your nostrils is extremely sensitive.

You just rub your nose’s bridge gently in a downward motion to stimulate the trigeminal nerve. In many cases, people get results soon from massaging the nose. This tip is commonly safe for your nose.

Use a thin tissue

You can make yourself sneeze by rolling a thin tissue’ corner into a point. Then you place it gently in your nostril. You move it back and forth carefully until you feel a tickle sensation, which will stimulate the trigeminal nerve to sneeze. This technique should be carefully applied because it can damage the tissues in your nose.

Another of 10 ways on how to make yourself sneeze is using a feather. In some cases, you are triggered to sneeze by gently brushing a fake feather underneath your nose. You should apply this tip carefully and avoid letting the feather into your nose. If a feather is not available, you can use hair instead.

In reality, when you feel cold, you may get a sneeze or more.  According to researchers, the trigeminal nerve is often stimulated by cold or cool air. The nasal passages’ lining is also affected when you are in the colder air. Cold and shivering can stimulate the nerve and cause a sneeze, so if you want to get a sneeze, you simply turn up the AC or going somewhere cold or cool. You should be careful when applying this tip because you can get cold and cough if you try this for too long.

When your nose is struggling for irritant removal, an agent called piperine in black, white, or green pepper contains can irritate your nose. Sneezing occurs when piperine by activating nerve endings mucous membranes inside your nose and throat.

Although this tip is effective in making a sneeze, you should not inhale too much pepper because it can cause burning inside your nose and make you cry a lot. If the pepper is not available, you can also try cumin, coriander to stimulate sneezing.

Perfumes and colognes can make you sneeze. To apply this, you just spray some perfume in the air to stimulate the nasal lining.

You also so remember that never inhale perfume particles directly or spray them directly into your nostril because this action can cause burning inside your nose, cough or even choked temporarily.

Some told that looking accidentally at a bright light bulb can induce sneezing. According to researchers, it is estimated that one-third of the population is easier induced to sneeze by looking at the bright light. This photic sneeze reflex (PSR) is also known as autosomal dominant compelling helio-ophthalmic outburst syndrome (ACHOO) which occurs when the trigeminal nerve (CN V) is placed next to the cranial nerve I (also known as the optic nerve).

The photic sneeze reflex is sometimes hereditary – if your parent suffers, you may have a 50 % chance of having this reflex. When you apply this tip, never look at the sun directly because this can damage your eyes.

It is necessary to cause a sneeze in some cases. The nine methods on how to make yourself sneeze mentioned above may help you get rid of the problem efficiently. Remember that you should always be gentle and careful when inhaling irritants and never place anything sharp or hard into the nose. 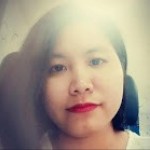