Yoga in itself is kind of an institution that boasts of being a lifestyle rather than a mere exercising technique. With the passage of time Yoga practitioners have introduced a few tweaks to the practice of yoga to make it in tandem with the modern lifestyle. Although Yoga dates back to 5000 years and the results it still provides are almost the same as they used to be then if practiced in letter and spirit. However, practicing that ancient form of Yoga in today’s fast-moving world is almost impossible due to the paucity of time and the lack of an environment that used to be the order of the day in those ancient times.

A few forms of modern yoga is serving the purpose of modern-day living. Hot Yoga is one of them and ensures great results in a short span of time.

What exactly is Hot Yoga

Hot Yoga refers to the modern form of yoga where the temperature is alleviated to 85 to 105 degrees F. People need to practice almost 26 poses in a time span of 90 minutes. Welcome to the modern form of Yoga where temperature control is a must in all seasons. This is modern-day Yoga that helps you detoxify your body along with making it fitter agile and strong from within.

The best part of Hot Yoga is that it has a set protocol all across the world. Thus you are going to find the same temperature and the same poses whether you practice hot yoga in North Hollywood, Burbank, Pasadena or even India the land of traditional Yoga.

How Hot Yoga is different from traditional Yoga

Traditional yoga does not require a person to sweat as the main principle of traditional yoga rests on breathing control and asanas. The temperature control in hot yoga is done in an effort to make the person sweat heavily. Many hot yoga experts believe that toxins from the body are lost this way which makes it more effective than traditional yoga.

Who should not do Hot Yoga

Hot yoga is an intense form of yoga since you have to complete 26 poses better-called asanas in a time frame of 90 minutes at a high temperature where sweating of the body is guaranteed. It is important to review your medical history before actually taking up Hot Yoga as a means of keeping your body fit since it might have a direct effect on your heart.

Pregnant women should abstain from Hot Yoga till they have delivered the baby, even after the delivery they should ask their doctor before starting with Hot Yoga. People with a history of dehydration should not go in for Hot Yoga since excessive seating might not go very well with their dehydration problem. People who have a heart-related disorder or are prone to heart-related diseases should not take up Hot Yoga although they can take up traditional yoga under strict medical supervision.

The expectations associated with Hot Yoga

Hot yoga claims to lower the body toxins by losing the toxins via sweat. As soon as you enter a hot yoga studio you will find yourself sweating. Once you start with the asanas or poses the sweating is surely going to increase thus helping you get rid of toxins and body weight at a faster pace as compared to traditional yoga. Since your heart starts pumping at a higher pace you get all the benefits of a cardio workout without actually doing it.

The high temperature reduces the chances of injuries among people practicing hot yoga. Among other benefits of hot yoga increasing flexibility and improving the skin tone of the body are two of the most underrated results which although achieved in a short span of time can only be observed after a considerable amount of time. Hot yoga surely alleviates your mood.

Hot yoga is becoming quite popular among athletes and sportspersons since it gives them a chance to tone up their bodies within a short span of 90 minutes. Hot yoga makes the mind calm and helps an athlete to remain composed while playing his sport. Hot Yoga is the perfect recovery tool for athletes when they need to get their muscles back on track after a hectic and taxing tournament. Novak Djokovic the number one tennis player in the world swears by the benefits of hot yoga. 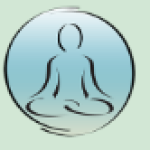 Terry Barnes is a yoga instructor and holds hot yoga classes in North Hollywood. She believes that a healthy soul lives in a healthy body and hence motivates others to stay healthy and active. She loves to write her thoughts on fitness, yoga as well as meditation. In her free time she loves to explore nature and enjoy its silence.