Popular media is like an addiction to many of us and some amongst us simply cannot get enough of it on a daily basis. Though we live in a century where Twitter and Instagram have become the most viral platforms for sharing posts and images, back in the days where the big screen and television were the primary source of entertainment, people use to adore celebrities like divine beings.

Anything they would do will instantly become a hit with the masses, their hairstyles, their wardrobe selection, even their tattoos, and accessories were treated with diehard followership. So today we would like to offer you a trip to the past where some leather jackets were simply too fabulous to be forgotten and they are still held dear and near to our hearts. So without any further delay, let’s jump right into them shall we?

We all agree that Joseph Gordon-Levitt is already an attractive looking man and he has modeled in his life before making waves on the big screen. However, that doesn’t even come close to the stimulation we received watching him wear that slick leather jacket in Nolan’s thriller masterpiece called Inception way back in 2010.

Which just goes to show that even with a minimalistic design and a smart fit, one can have a classic item that can become quite easily the most desirable item on the planet. Having said that also further proves our point that wearing a leather jacket in itself is a fashion statement and enough to pull the crowds towards you by the mere presence within a vicinity.

So what does an already handsome and stunningly good looking guy wear that makes even the devil envy and jealous? That question was long answered by Pitt’s character Tyler when he wore that magnificent red leather jacket that gives off all the vibes to make your hair stand on their ends. This deep colored outerwear was probably an epic personification of the character which Pitt plays in this thrilling feature film of the late 1990s. We bet you still run to the store to get one for yourself today just to get the feel of it. Go on, we don’t mind you fanboying yourself a bit, and admit that we did it too!

The Indiana Jones Franchise which kicked off in the early 1980s and recently picked off again with their latest sequel taking the series to a whopping 27 years of fandom across the globe. It is probably the most loved quest and thriller oriented franchise that got the attention of all the generations of our time. The spirit of adventure, the dust in the air, exciting new places, and plot twists that are deadlier than a venomous snake bite, the movies had it all for the audiences to cherish them heartily.

However what we take into consideration as the icing on the cake is the legendary jacket Mr. Harrison Ford wore during the shooting of the first movie of the franchise “Raiders of the Lost Ark”. This rugged style jacket has been forever etched into our minds.

This one is from more recent times, the world has already been introduced to Hugh Jackman’s iconic portrayal of Marvel’s superhero Wolverine, and it was time people got a dedicated movie just for their favorite character from the franchise. However what was truly eye-catching was that fantastic leather jacket that took everybody with a pleasant surprise.

While a fine creation on its own with soft touches here and there that hints the actual costume for the character in the comic book series, this was probably the best jacket one could have wished for Hugh Jackman to wear since he is already quite a hunk of a man himself.

Speaking of Hollywood, who can forget Tom Cruise’s jacket in the mega-hit of the 1980’s Top Gun. The Airforce Flying Aviator Bomber jacket is considered as a legend in its own. You know young women still feel a bit saucy about him and who wouldn’t he is a superstar of the movie-making industry.

The jacket is considered lore in its own right with some sources claiming that it adorns the badges of all previous missions conducted by fighter plane pilots. Not only is the jacket itself impressively gorgeous to look at, but it also carries with itself the pride of the nation for whom so ever gets the opportunity to wear it. Add that heavy bike too and you know for sure that you are soaring with the Falcons at the far corners of the distant sky.

We hope that you liked our compilation of the most memorable jackets worn by celebrities in popular media. There is no doubt that after reading this post you would be searching for mens leather jackets cheap on the internet. Don’t be shy; in fact, go all out, leather jackets are totally worth your investment. Not only do they add the extra bit of flare in what you do; they are long lasting companions that never let your style fade away and stand true against the test of time. 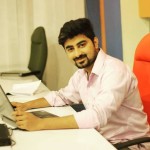