Every seller needs to go through the grind of identifying the best price point for the used gadget. While online platforms have simplified proceedings for a general user, cross-checking certain metrics for reevaluating the offered price is always a desirable trait. Moreover, with new devices being launched every now and then, it is important to stay abreast of the existing industrial standards and the resale metrics which determine the price of a pre-owned device.

Not every phone is alike and it’s quite obvious for a flagship to attract a higher price point as compared to a mid-tier or even a low-tier device. However, even the age and physical condition of the flagship smartphone is evaluated by the buyers which eventually determine the quotations.

With the second-hand mobile phone market on the rise, buyers are expected to be on the better side of the bargain with multiple options to choose from. However, a seller mustn’t lose out as well and in the subsequent sections, we shall talk about certain metrics that directly or inversely determine the concerned mobile resale value.

Age of the Device

It doesn’t require a lot of explanation as to why the age of a mobile phone is such an important criterion when the resale value is to be determined. As a general rule of thumb, the original device value depreciates by at least 50 percent once a year passes by. However, this might not hold true for devices that offer an extended set of attributes and are still relevant to the existing technological landscape. The best example of a rule breaker has to be the iPhone, regardless of the model, as this gadget from Apple depreciates quite slowly as compared to some of the contemporaries.

While mobile phone damage is an extremely generic discussion, the extent can be further compartmentalized as major and minor. When it comes to dealing with minor damages like scratches and bruised ends, the mobile resale value doesn’t depreciate quite a lot. However, buyers have the tendency of nitpicking issues and sizeable damage might mean that the resale value takes a massive hit. Factors like discoloration, dents, and the paint wearing off aren’t that obvious as compared to screen damages, camera cracks, and more.

Needless to say, high-end used smartphones attract higher prices as compared to the mid-tier models. The reason why iPhones are still relevant and come with minimal depreciative values is that Apple doesn’t add a lot of new features even to the recently launched models. This is why even the likes of used iPhone 6 and iPhone 7 are priced higher as compared to other gadgets launched during the same time period.

Another factor that is directly proportional to the resale value is the brand name pertaining to the used smartphone. While OEMs like Samsung and Apple depreciate slowly as compared to other brands, even the mid-tier gadgets from these companies can be resold at decent enough prices, in comparison to some of the lesser-known brands.

While we did talk about smartphone damages, there are certain physical considerations that need to be taken into account, before putting the device out in the open. Certain physical inadequacies like a missing or non-functional SD slot, faulty hotkeys, overheating battery, and more can minimize the device value, quite considerably. However, a general piece of advice for a seller would be to get the problems fixed before identifying prospective buyers. In most cases, the costs required to fix the damages and physical abominations are balanced out as the buyer ends up offering a better deal on the used smartphone.

How to Finalize the Deal?

While most of the mentioned factors are quite basic and easy to analyze, there are times when the sellers require quicker solutions. This is where online platforms like Sell n Cash come into play as these startups offer interactive interfaces for the sellers to work with. Each one of the mentioned factors is taken into account by the company and quotations are released accordingly. Moreover, these platforms support multiple product listings, unlike offline buyers which might not even entertain resale pertaining to certain models.

The best thing about going online with the resale endeavors is that perfect device assessments are provided and the sellers need not worry about selling off the devices at highly discounted prices. 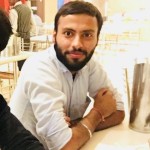