What are Industrial Fans?

Industrial fans are very different from the general-purpose fans as the former are designed with heavier duty or metal materials as well as components that would operate for long. These are also built in such a way that those can supply greater air flow and pressure, thereby being able to produce more stringent environmental as well as ambient requirements. The primary function of this fan is to provide and to accommodate a larger flow of air or gas to the different processes of several industries.

Industrial fans work by the rotation of multiple blades which are attached to a hub, shaft and are regulated by a turbine or a motor.

How Does an Industrial Fan Work?

These industrial fans, similar to the general-purpose fans, work in the same way just by the rotation of a number of blades, which are together connected to a hub or a shaft and driven by a motor. The speed of the air, then produced, can be managed with the help of the switchboard attached that comes along with the machine itself. Thus, the flow rates of these fans differentiate on the basis of their application. Also, these industrial fans systems provide customized solutions for various purposes right from cooling to exhausting of heat or for dust collection and material handling. The quantity, pressure, efficiency of air flow that is required, decide the type of fan that needs to be used for the industrial process.

Most of the industrial fans are categorized into one of the two general types. Those are centrifugal fans or axial fans.

The characteristics of such types of fans are amazing and most of the industrial fans include centrifugal fans and axial fans. These fans vary from each other in terms of their design, functionality or the air flow direction. The term blower is another name that is used for a fan which operates with the resistance to the flow and lies on the downstream side of the fan.

Some uses of industrial fans are discussed below:

Thus, industrial fans are essential devices in factories and industries. 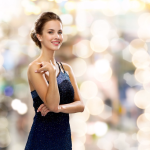